Oil Portrait on Mylar: an Experiment in Grip & Slip

Open studios are the place to experiment with new materials, techniques, and approaches, so on Friday, something possessed me to grab a sheet of Mylar on the way to the Mountain Artists' Guild. Had I left a bit more time, I might have done a little Google research on how painters use the substrate, but I was late and didn't.

I stated the drawing with a bit of Raw umber, as I always do, and discovered right away that once the stroke is down, it stays there unless  it's wiped clean with mineral spirits.Also, it doesn't slip around like it would on linen. 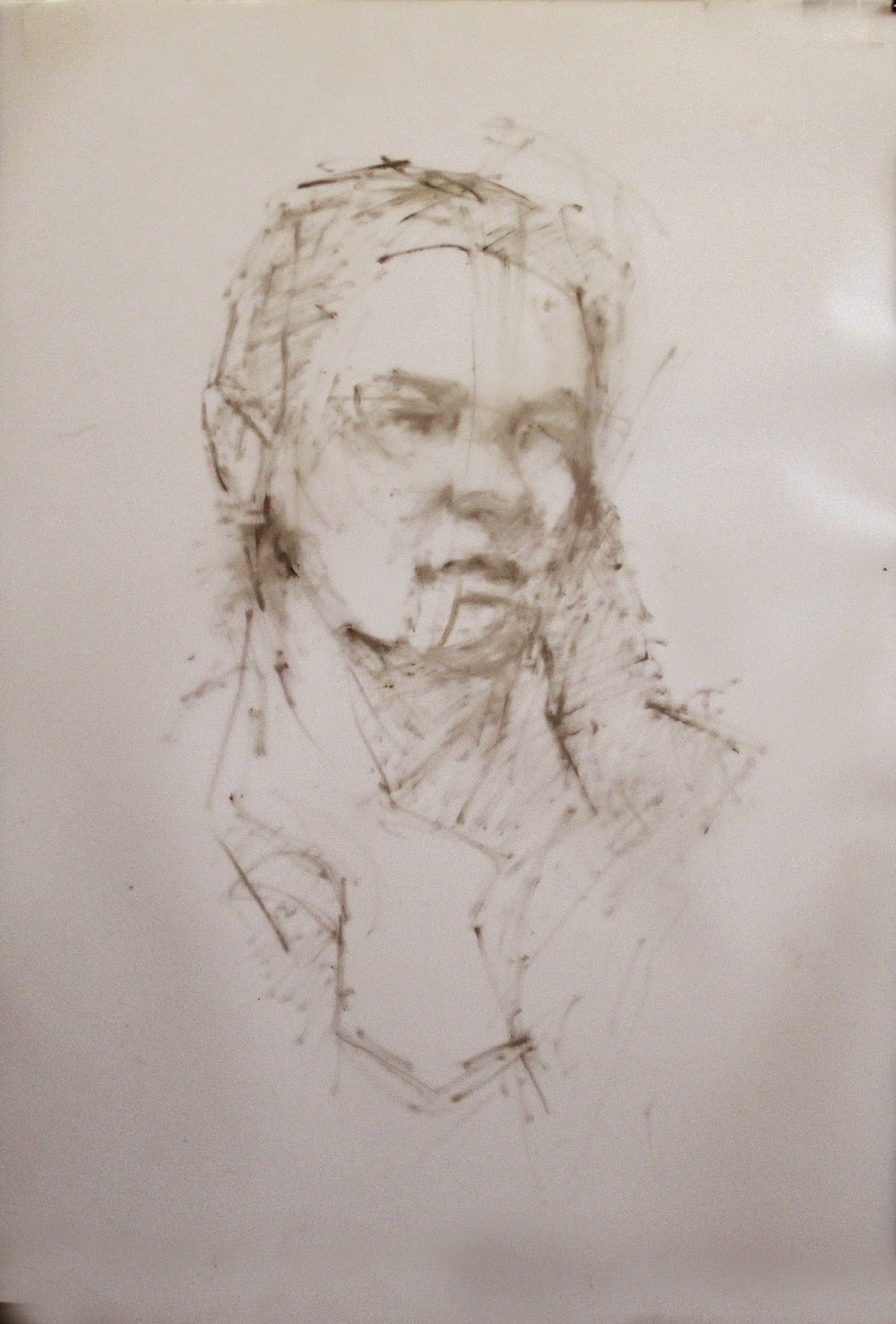 I next tried to figure out how to cover the surface and used my brush to crosshatch and scrub in color : 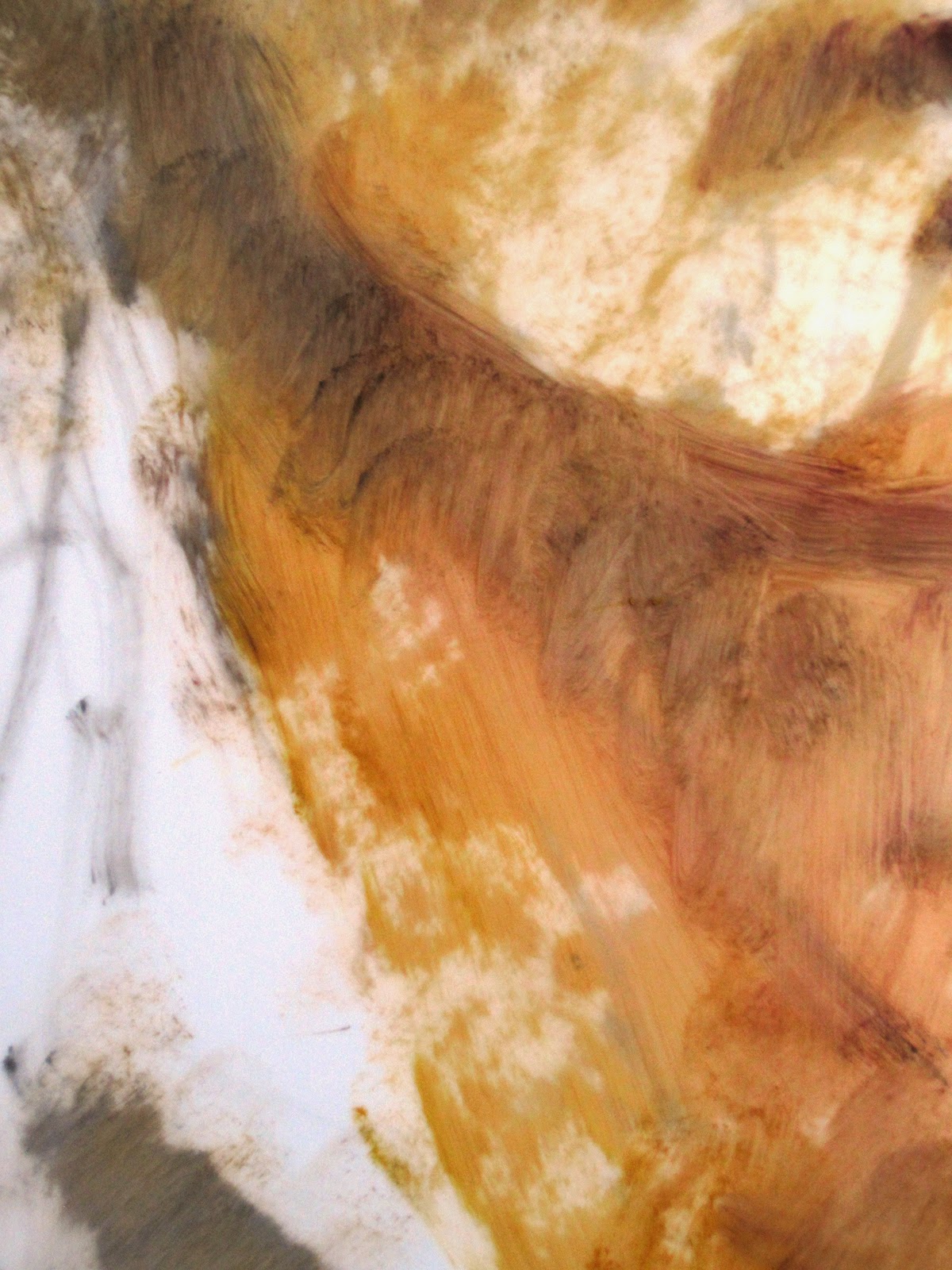 This is how the surface looked: 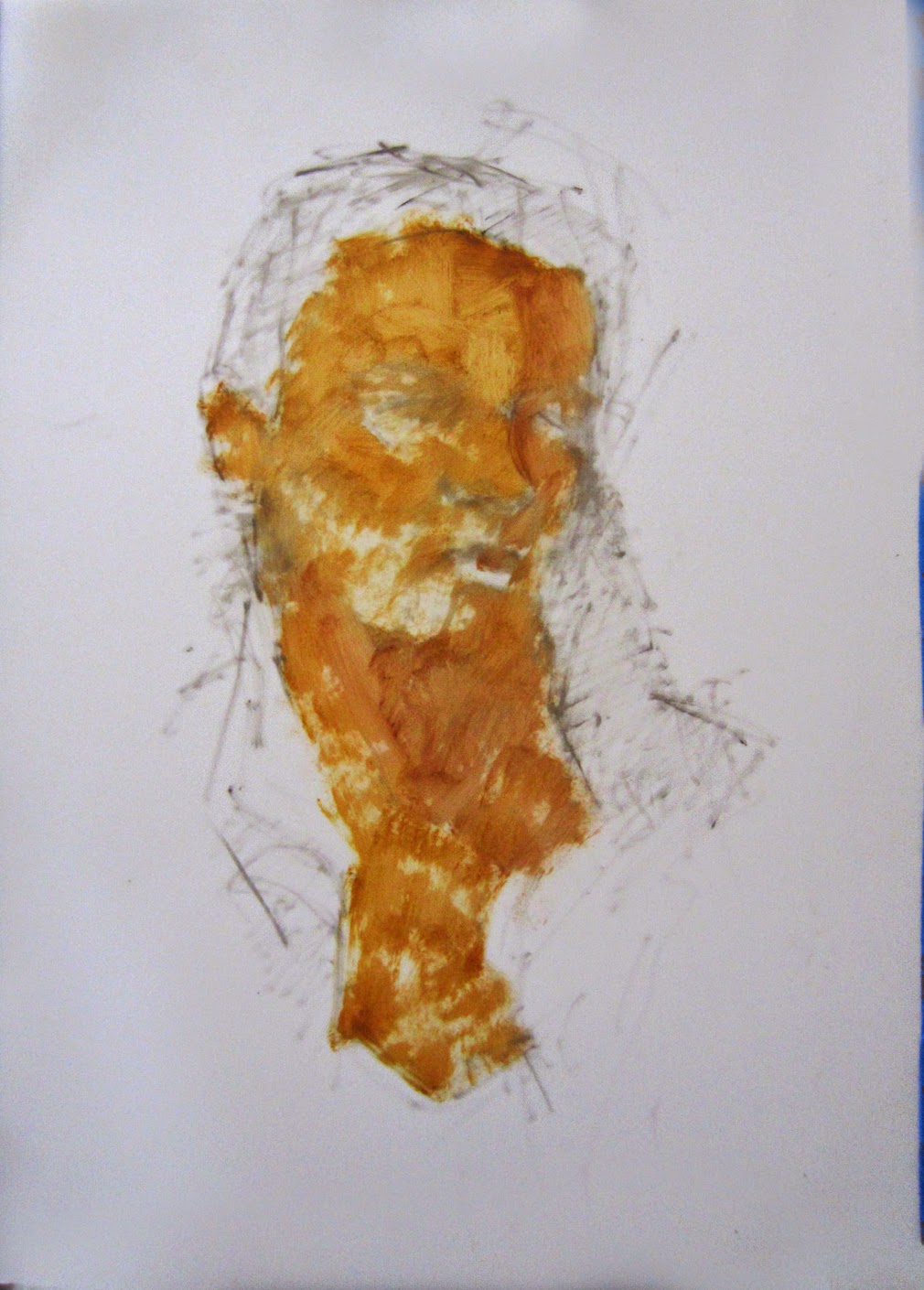 Next, I discovered that the color I mixed on my palette appeared much darker than I expected: 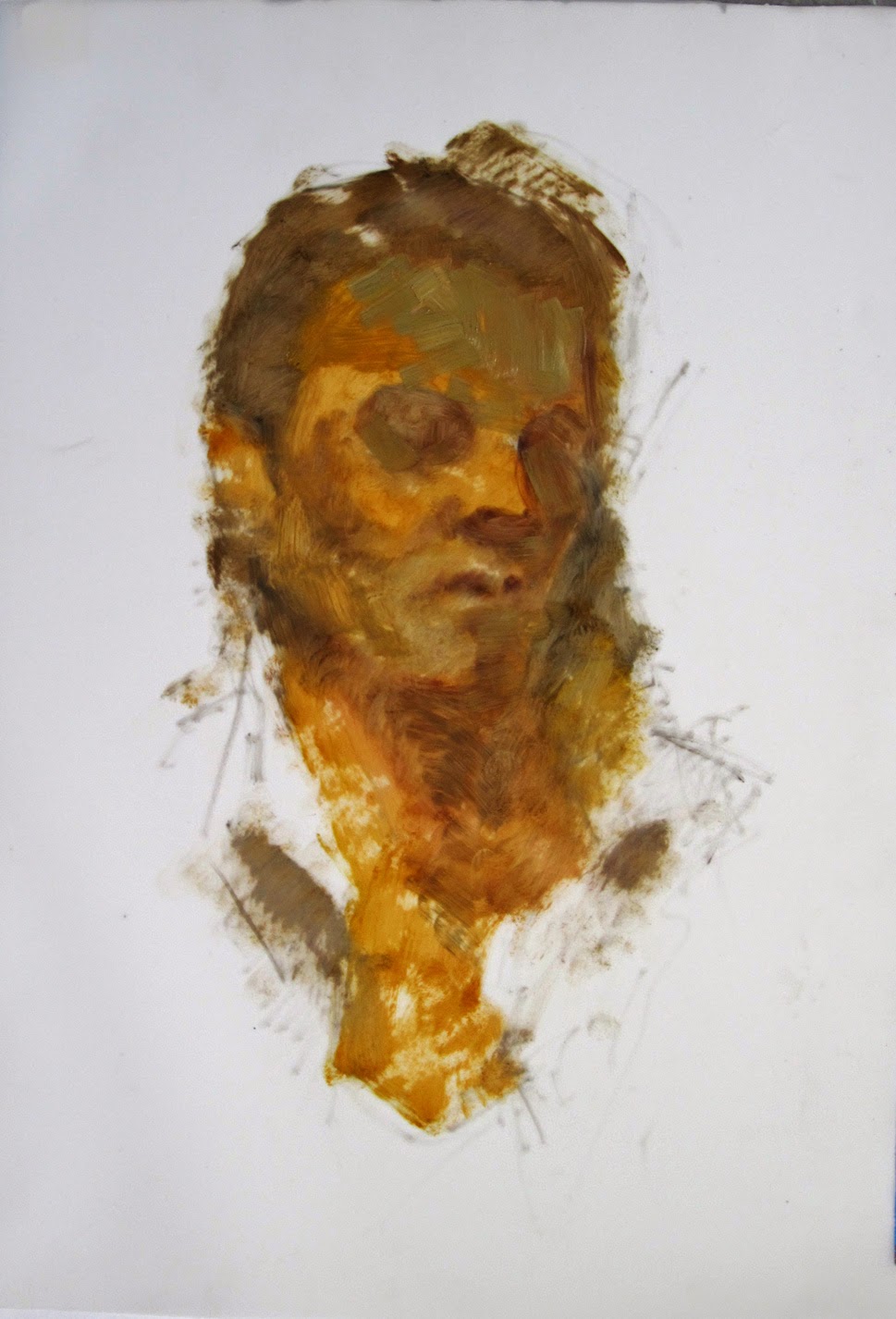 Below, the addition of underlying reds in my model's skin tones: 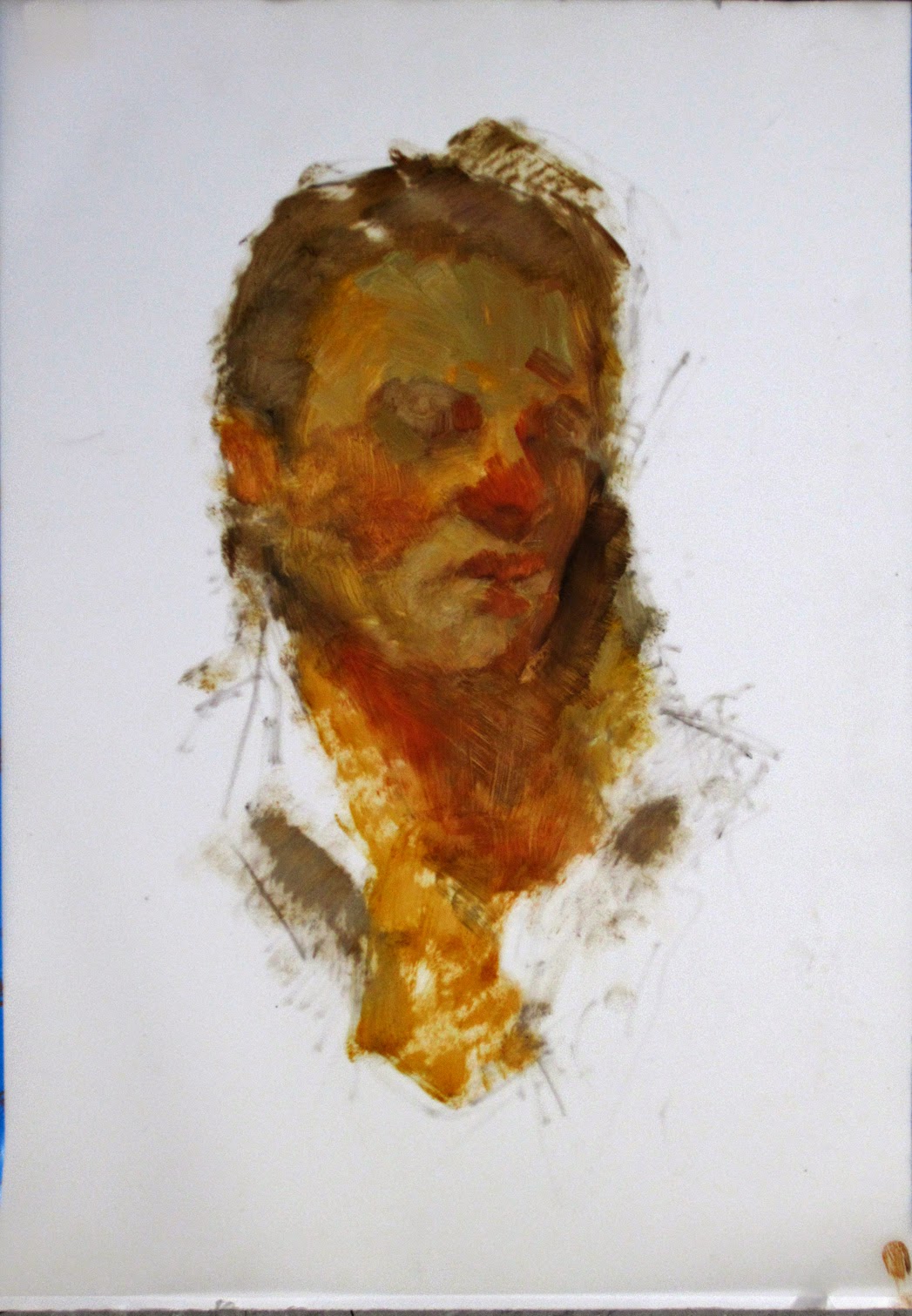 It's not in my nature to have a light touch, so I had to fight it for the rest of the study - but I was really glad I did because it helped me experiment with using more impasto - assisted by Gamblin's Oil-free Solvent, which I've begun using on my regular palette 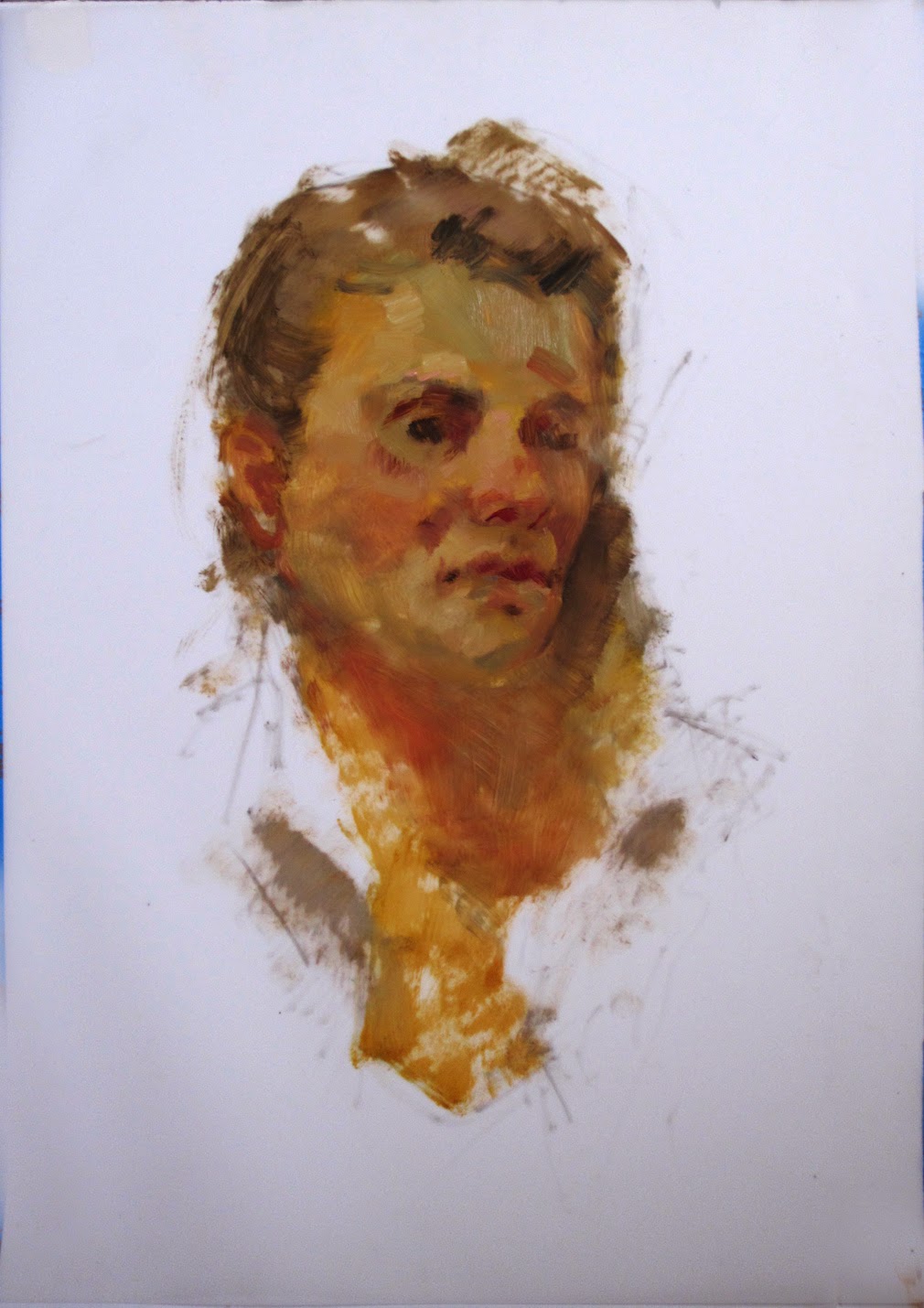 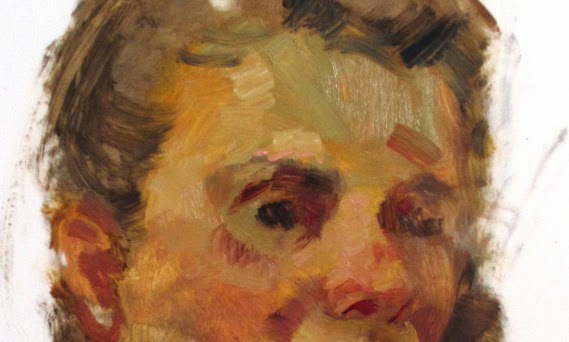 And this is how it ended up when the clock struck twelve. 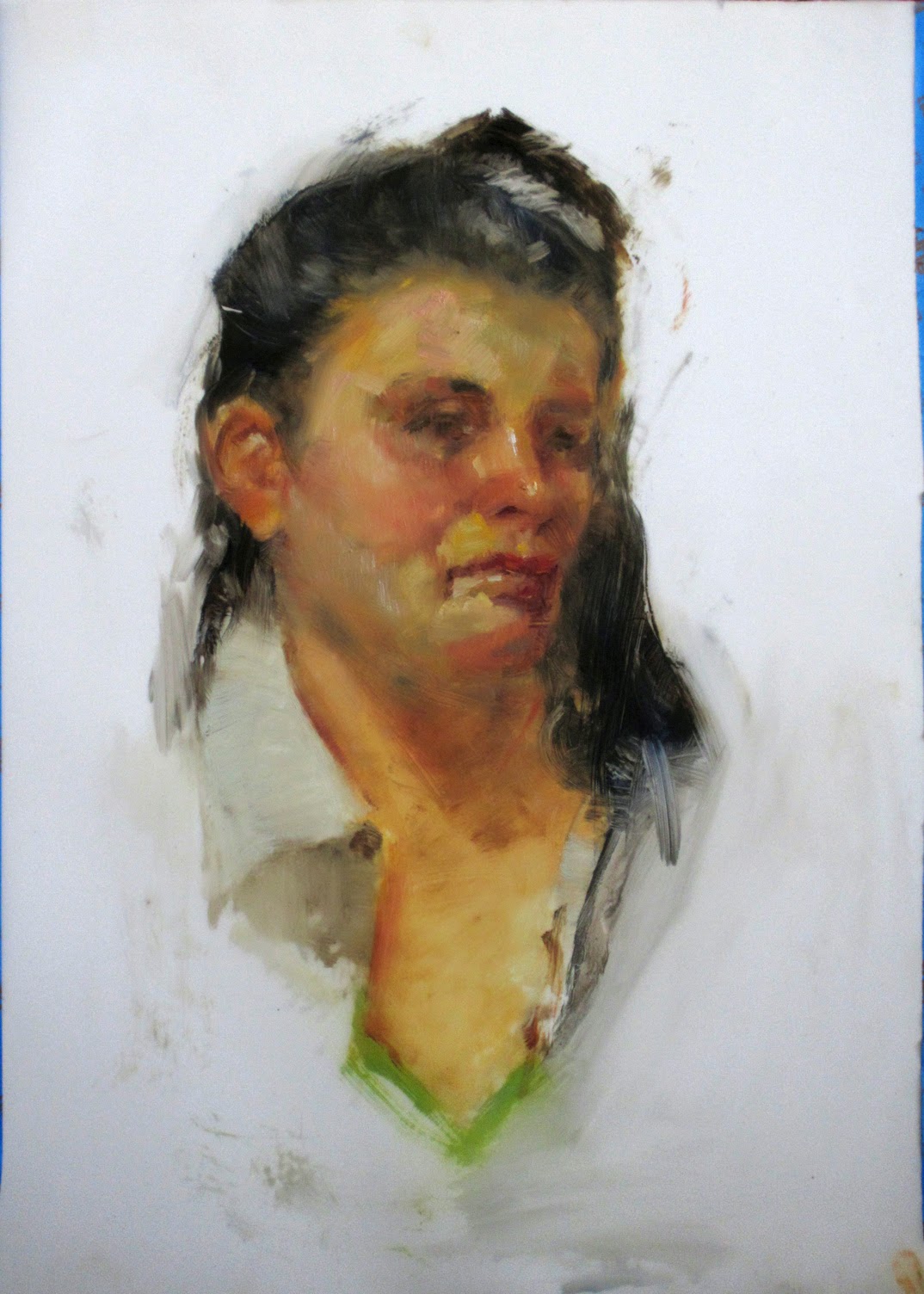 There's precious little detail in the sketch, but it also reminds me that detail isn't necessarily required to say what you want to in a painting.:) 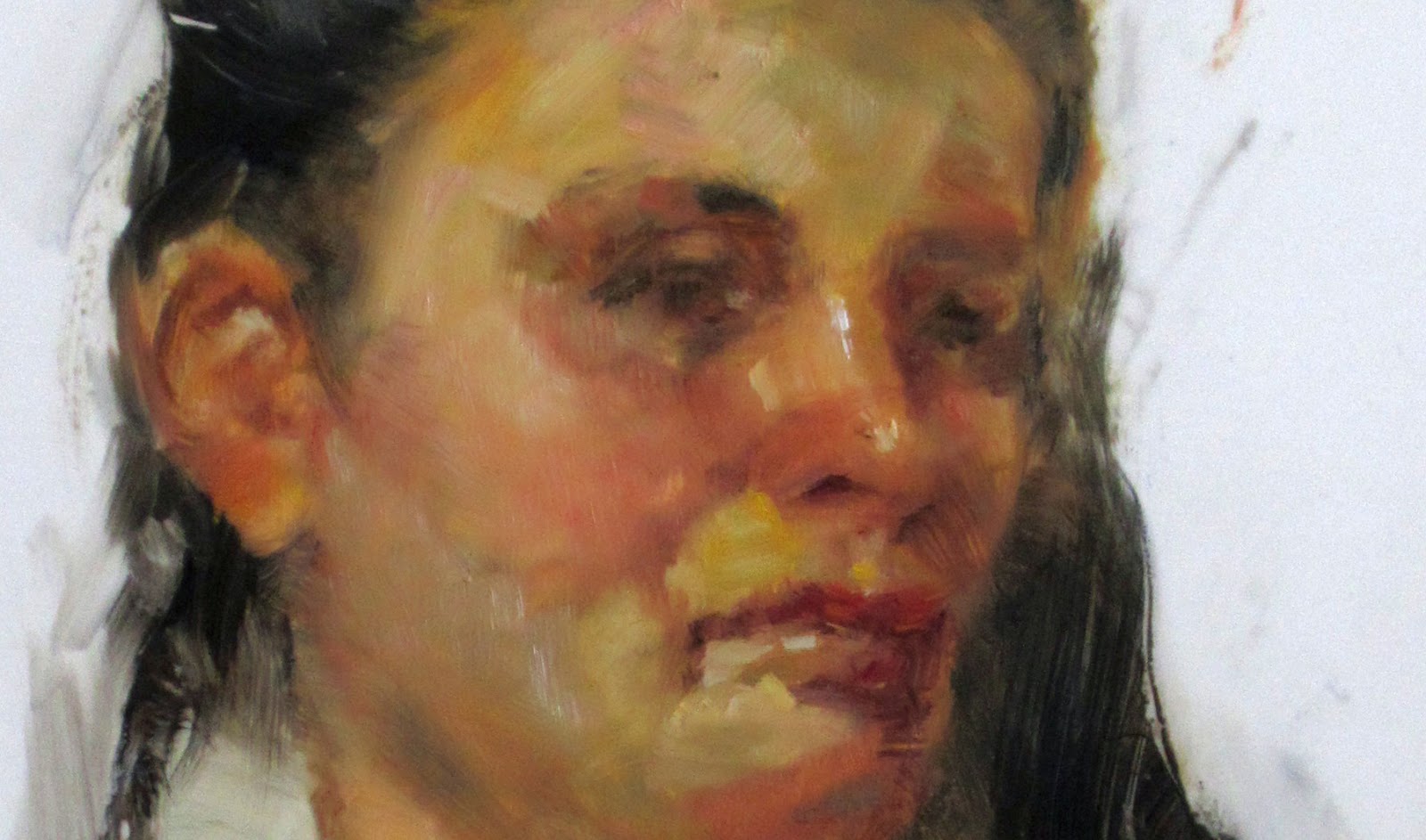